Go to Court and Learn about local history 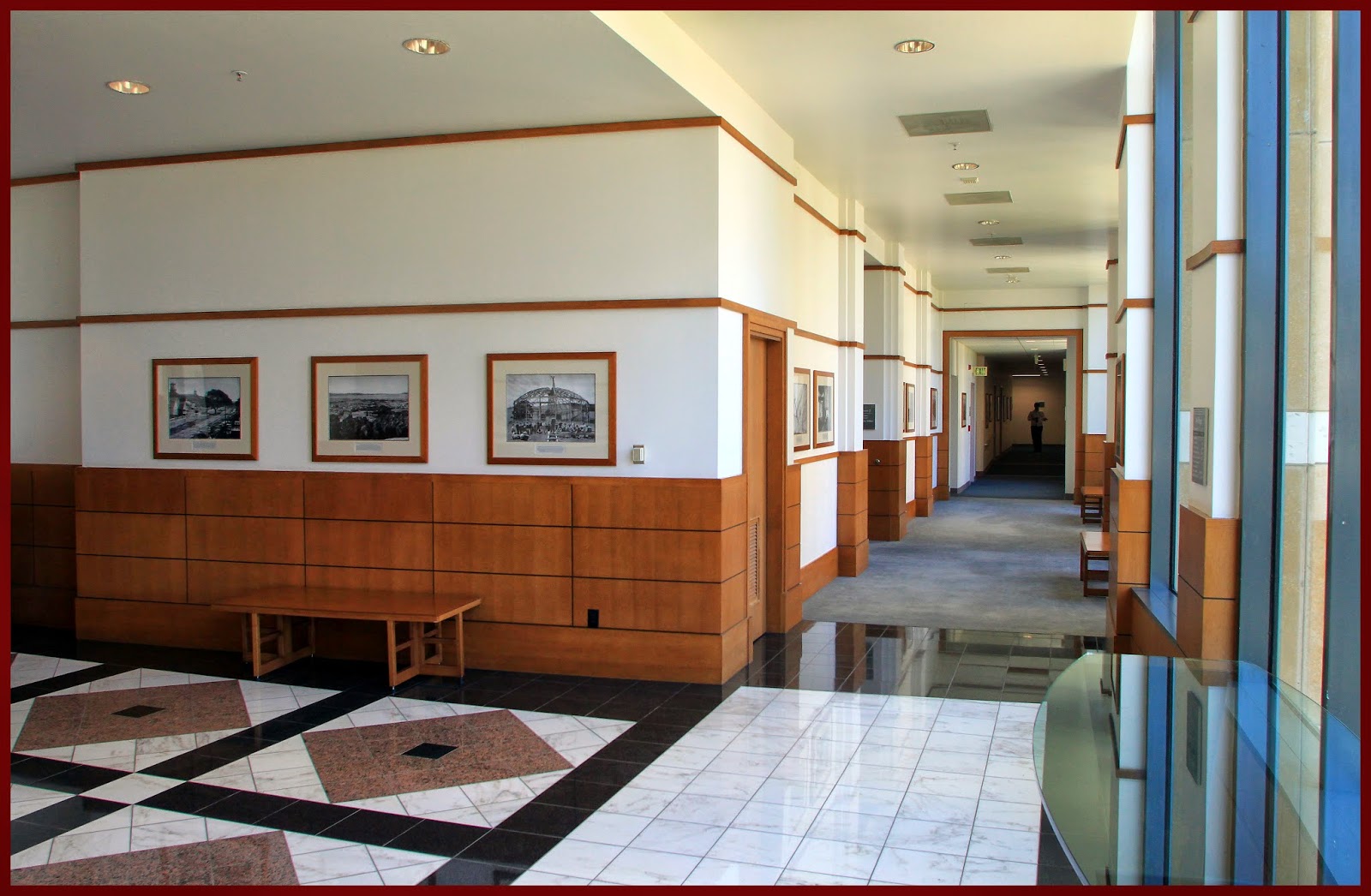 When it became time to commission decoration for the walls of the Northern District courthouses,
including public corridors and jury rooms, the Courts chose to form this program around this local
community, using its rich heritage as the subject matter.

Today, the Northern District courthouses feature displays of local historical photographs providing
context and an authentic narrative of the greater San Francisco Bay Area’s legacy. Each image has been carefully selected and grouped, digitally restored, and is accompanied by stories that provide an
educational experience.

The project began in 2002, and culminated this summer with the an installation covering three floors of the Oakland Federal building, featuring Oakland, Alameda and Contra Costa County history.  Lawyers, their clients, jurors, and visitors learn about the Transcontinental railroads, the Key system, University of Berkeley, Oakland Airport, development of agriculture, coal, logging and other industries, dynamite in Hercules, the "Detroit of the West", Liberty Ships, the Cyclotron, Lake Merritt, waterfront development, water systems, bridges, the Mission system and even Charlie Chaplin in Niles.

Business Image Group designed and produced educational local history exhibits that are now installed throughout their facilities in the Bay Area-about 800 pieces, each of which includes a detailed narrative and caption so the viewer learns about the rich history of the 9th District.

The project culminated at the Oakland Federal Building in May 2014 with a dual Alameda and Contra Costa County exhibit program for the public areas and chambers.    Prints are made in our studios and framed by our picture framing company, Eco Framing in East Oakland using sustainable best practices and US forested or fabricated hardwoods.

Other locations include the San Francisco Federal Building at 450 Golden Gate, top five floors 15-19, and the San Jose Federal building on 2nd Street covering the US District Court floors.

The program was designed and produced by San Francisco photographer, archivist and designer, Bennett Hall and his partner Helen Rischbieth of Business image Group, (BIG) who worked in concert with the US District Court Judges in their respective areas: Hon. Judge Breyer, San Francisco, Hon. Judge Lloyd and Hon. Judge Seeborg, San Jose, and Hon. Judge Jensen in Oakland.  Production was done locally, including custom framing made in BIG's San Francisco shop Eco Framing, the latest project employing U.S. grown and manufactured frame moulding made using FSC certified methods.  The emphasis was on producing this project in the most 'carbon neutral' manner possible, combined with using materials that were made in America.

The Oakland phase was overseen by nationally known Hon. Judge Jensen, who worked with us on the storyboard, outlining the milestones of Alameda and Contra Costa's History, curatorial selection of individual pictures, and senior review of the narratives.  Hon. Judge Breyer continued his lead role in the program's direction and specifications.

Public funds were not used for this project. 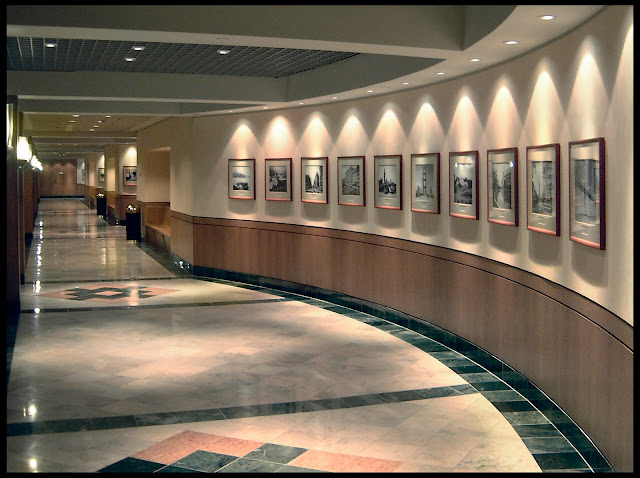 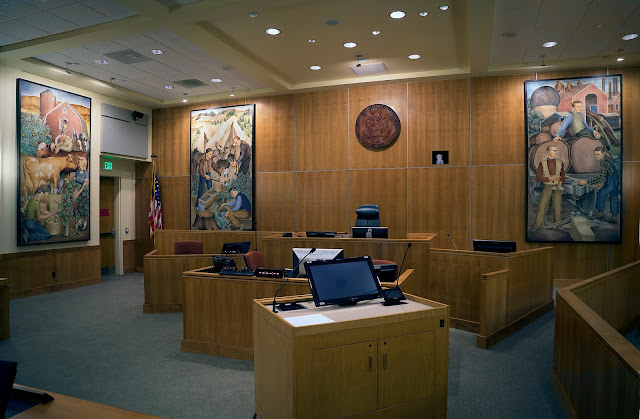 The main courtroom which features restored murals made through the TRAP program, one of four parts of the New Deal's art programs,  We framed these in our East Oakland frame shop in engineered walnut from Picture Woods, restored by Anne Rosenthal, the artist who recently completed the
Coit Tower mural restoration project. 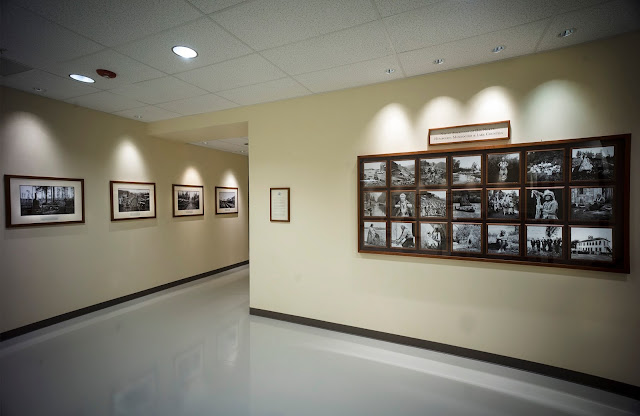 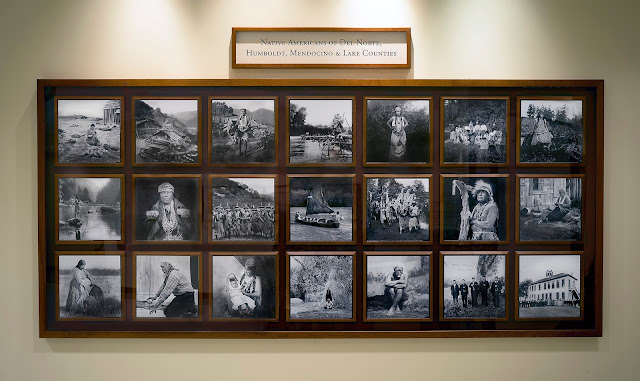 Comprised of twenty one image images representing the tribes of the four counties this district courthouse serves.  Images were restored in our studios and printed on our HP z3200ps archival 12-color printer in Montclair/Oakland CA.

US District Court  Historical Society
"For almost 25 years the Northern District Historical Society has been protecting and enlivening the rich judicial history of the court. From the Chinese Exclusion Laws to Patty Hearst to cutting edge technology disputes, the Northern District has been in the thick of the some of the thorniest problems and most interesting events in California history. The goal of the Society is to preserve, share and enliven the court's history with lawyers, educators, scholars and students." The project was curated, designed and produced locally by Bennett Hall and Helen Rischbieth, principles of Business Image Group. The mural is set into a frame moulding fabricated in Wisconsin by Larson Juhl using solid cherry wood grown in America.  The mural is the culmination of a nearly 1000-piece exhibit throughout the U.S. District Courts, Northern District of California, that has been gradually been installed throughout the Bay Area regions facilities in San Francisco, San Jose, and Oakland over
the last ten years. Each print is a canvas wrapped historical view of the respective counties served by the District Court.

Article in Chronicle with interview with Hon. Judge Charles Breyer by Sam Whiting 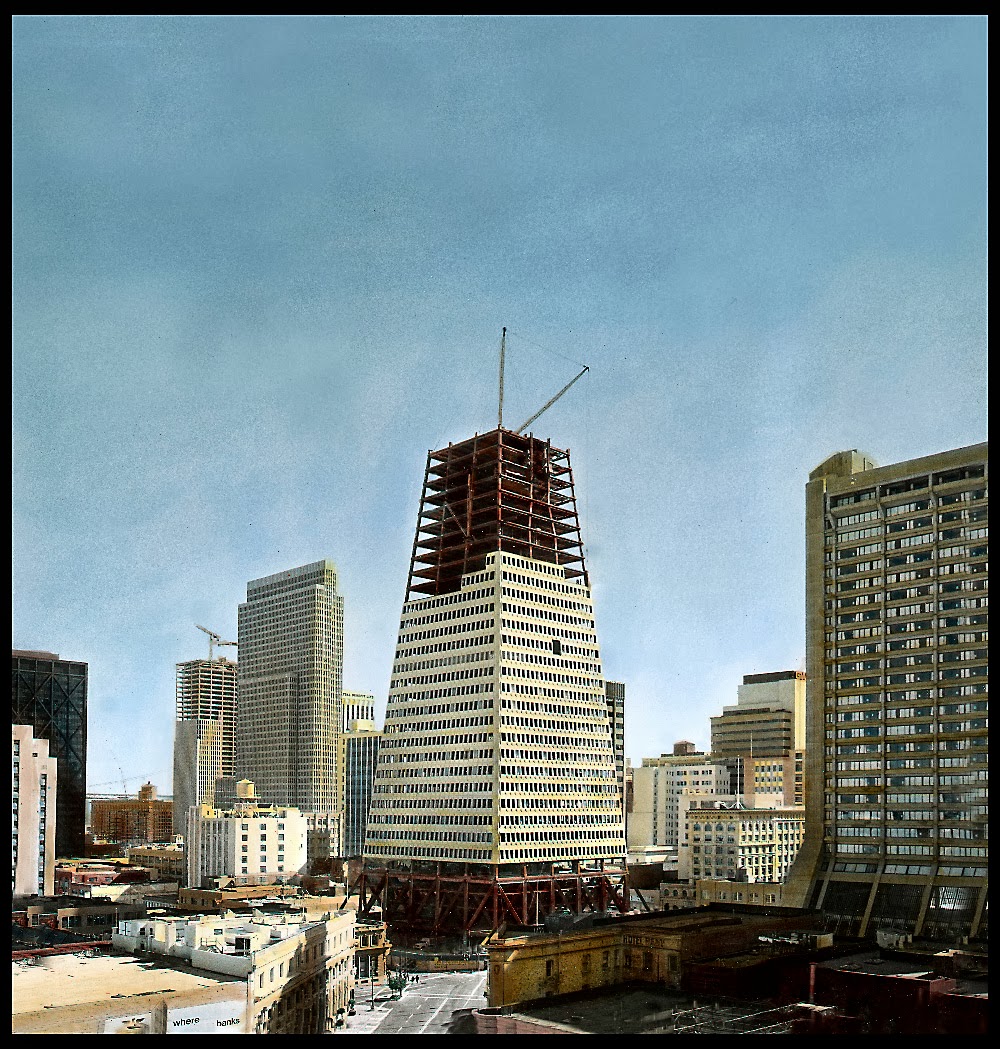 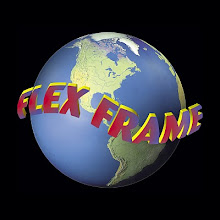